Magnolia Plantation is the oldest public garden in America, first opening its gates to visitors in 1870.

But its roots go much deeper. It has been owned by the same family for twelve generations.

In the 1600s, as the British established the “Golden Triangle” route of slave trade from Africa to the Caribbean and the Americas, Charles Town (now Charleston) was colonized by British settlers from Barbados.

Generally they were non-firstborn sons who would not be inheriting land from their planter fathers in Barbados. One of these immigrants to America was Thomas Drayton, arriving in 1676 with his wife Ann.

Establishing Magnolia Plantation as a rice plantation along the Ashley River, they also developed a small formal English garden, Flowerdale, in 1685.

It became the core of these expansive gardens four generations later, during the 1840s, when its newest owner needed to work outdoors for his health.

In striving to create a romantic garden for his wife, the Reverend John Grimké Drayton introduced the first azaleas to America. He also used camellias to accent the natural woodlands.

A century later, the gardens became the primary focus of the plantation, opening to the public just five years after the end of the Civil War.

Encompassing more than 600 acres, Magnolia Plantation and Gardens covers much more ground than you’d expect. That’s because its natural beauty lies beneath a canopy of centuries-old trees in a dense woodland along the Ashley River.

This is a garden destination that takes two or three days to explore, particularly if you opt to go on the tours that are offered. At a minimum, you can spend all day just walking through the gardens.

Atop the general admission fee, there is an additional $8 fee per tour per person. South Carolina residents have the opportunity to buy an annual pass. All-inclusive passes are sold seasonally. Annual memberships are available.

Late winter and early spring is when the gardens show their biggest parade of blooms, starting with the camellias in late January. The azaleas reach their peak in early April.

But there is always something in bloom, including native wildflowers through the summer months and the rose garden in late fall.

Youngsters will appreciate the garden maze, the stealthy and mazy nature of the pathways through the gardens, the boardwalks and wildlife at Audubon Swamp, and the Zoo & Nature Center with its South Carolina wildlife and petting zoo.

As America’s largest Romantic Garden – a type of garden that fits the garden into its natural surroundings, using natural surfaced paths – a portion of Magnolia Gardens is accessible. The tram tour provides the best overview for those needing assistance.

Leashed dogs permitted. Because of the natural setting amid many swamps, insect repellent is a must from late spring through fall.

Located near the Nature Center, the Peacock Cafe offers breakfast, lunch, and snacks as well as cold beverages. Beer and sangria available.

The Plantation Gift Shop is in the basement of the Plantation House. Plants are for sale adjoining the ticket booth at the Gilliard Garden Center, no admission required.

From US 17 in Charleston, follow SR 61 (Ashley River Rd) north for 9 miles. The entrance is on the right soon after you see the entrance to Drayton Hall.

Drive into the property through the gates and follow the road beneath the oaks to where it reaches the parking lot by the ticket booth and garden center.

To keep yourself oriented, follow the numbered signs throughout the gardens on the route shown on the map provided at the information booth.

The path winds beneath grand live oaks with floral beds and flowering trees towards a bridge over a marshy pond to reach the scenic river bank of the Ashley River. Along this part of the route are two important stops.

This niche garden, accented by floral beds in the shape of a cross, honors Reverend Drayton. Along its edges are interpretive signs pointing out plants mentioned in the Bible.

Trees like cinnamon, poplar, pomegranate, and olive adjoin beds with coriander, hyssop, mandrake, and saffron. A handout from the information booth ties each plant or tree to biblical verses.

Along the upper end of the first lake is the Barbados Tropical Garden Conservatory. Inside this humid glass house, enjoy colorful orchids and plants native to the natural limestone gullies and hills of Barbados.

Why Barbados? Charleston was founded as a colony of Barbados when planters from that island, including Magnolia Plantation founder Thomas Drayton, came to these shores.

Magnolias shade the Drayton’s tomb along the river. Behind the tomb, stretching back towards the Plantation House, pathways vanish into a dense understory of azaleas and camellias.

A true showcase of heirloom azalea species, Magnolia Gardens was the first place in America where azaleas were cultivated outdoors.

Set against a backdrop of cypress swamps and permitted to drape across the garden paths, their accent to natural habitats and ancient trees feels like walking through a work of art.

Especially when you see the iconic bridges. Some of these date back to when Reverend Drayton established the gardens.

Featured on the front page of this website, the black and white Long Bridge is one of the most photographed garden bridges in the world.

While most of the azaleas appear in pleasing clumps beneath the moss-draped live oaks and magnolias, there is a designated garden focused on native azalea species as well.

As there have been azaleas in these gardens since the 1840s, some of the varieties here were thought to be extinct. These are now being propagated to conserve and share with other gardens.

Flowerdale is the formal English garden established in 1685. It is close to the Long Bridge. Neatly trimmed boxwood frame the garden beds, which are accented with statuary.

Camellias brighten up the gardens each winter with extensive blooms, more than 20,000 camellias blooming in waves from mid-November to April beneath the forest canopy.

As Reverend Drayton began his plantings in the early 1800s, the species found here are some of the oldest in America. By 1854, he counted 120 double varieties.

He is credited with starting the Japonica collection, which at over 1,000 cultivars is now larger than any other in the United States.

Magnolia Gardens takes its legacy as one of the top camellia collections in the world seriously. As we walked where they are planted in rows, we noted that each plant is labeled, an outstanding task of inventorying.

A separate Camellia Hybrid Garden showcases unique hybrids, each tagged with how they were derived and the color and shape of flower to expect seasonally.

A peaceful niche garden on a small lake within the cypress swamp, the Japanese Garden is edged with a wall of bamboo.

It centers on an island with sculptures of cranes, and features two moon bridges. One of them has a cypress tree growing right through the middle of it.

Built as an homage to the popular Hampton Court Palace hedge maze near London, the garden maze uses holly as its walls. No sneaking through those!

Of course, there are many ancient magnolias throughout the gardens. These provide a portion of the dense canopy shading the plantings, and bloom with scented flowers in late May and June.

An extra fee applies for most of these additional activities atop general admission. Check the gardens website for current pricing.

Billed as a separate self-guided tour, the Audubon Swamp trail is a must for serious birders and nature enthusiasts, the best spot for wildlife watching at Magnolia Plantation.

Walking on boardwalks and levees, you circle swamps once used for rice growing and now busy with birds and alligators.

Cypress and tupelo trees rise from the inky water. In September, the swamp is ablaze with swamp sunflowers in bloom.

Each Sunday morning at 8:30 AM, a local ornithologist provides a guided walk around the grounds of Magnolia Gardens, heading for the sweet spots for birders.

Seasonally, you’ll see wading birds in their mating plumage, young herons and egrets in their nests, and migrating songbirds in the forest.

From Slavery to Freedom

This 45 minute presentation and tour centers around a row of five 1850s wooden cabins that remain on Magnolia Plantation, along with archeological finds and artifacts discovered during restoration.

Once occupied by enslaved Gullah people who worked the rice fields, they remained in use through the 1990s as homes for African-American garden workers.

After a discussion of Charleston’s pivotal role in the slave trade, the history of slavery in the region, and the post-Civil War South through segregation to Civil Rights, guides let you explore each cabin and its artifacts to interpret life at Magnolia Plantation.

Looping Magnolia Plantation every half hour, the 45-minute tram tour provides an excellent overview of the entire property and gardens by circling around its edges.

Your guide will point out archaeological and historic sites along the route, and will call your attention to birds and wildlife in the forests and swamps.

The third house occupied by the Drayton family on Magnolia Plantation, it was built prior to 1773 and brought downriver by boat to this location after 1850.

A three-story mansion with ten rooms to tour, it is filled with antiques and memorabilia from the Drayton family.

A guide explains the family’s history and the story behind the prior homes on this site. Plan 30 to 45 minutes for the tour.

Plan for an hour’s worth of wildlife watching on a pontoon boat tour of the former rice fields of Magnolia Plantation, now flooded by the Ashley River.

Your tour guide and captain will point out wading birds and alligators and talk about the Ashley River as a connector of Lowcountry communities.

Included in general admission, this educational complex is a must for families and anyone who likes to photograph animals up close.

It adjoins the main parking area and ticket booth, behind the Peacock Cafe. Roosters and peacocks roam in and out of the fenced areas at their leisure.

Inside the Petting Zoo corral, expect to encounter tame deer and donkeys, goats and sheep. Miniature horses and sheep roam the pasture.

Walk through Magnolia Plantation & Gardens with us by viewing our photographs from our visit. Click to open the gallery.

Many public gardens have closed their gates during the current health crisis. Be sure to check their website or call ahead to determine if a particular garden is currently open. 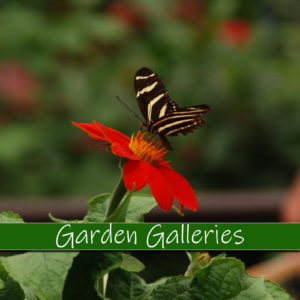